I’ve had a long, amazing and absolutely thrilling journey with Tarot for the last ten years, and now that I’m about to make it to my eleventh year as a reader, I want to talk about the decks that played an important, sometimes life changing role in my divination journey.

Take your seats and enjoy my “Ten decks that made a difference.“

Sadly, it’s been a long time, I was young and careless and I lost a lot of cards of this deck, so I no longer have it (at least that I know, hopefully someday I’ll find the remaing cards in some drawer…)

It was my first deck, though with time I’ve learnt to appreciate what a complex deck it was for a beginner. I remember my first steps, begging my incredulous friends to let me read for them, pulling three-card readings with Majors only and allowing my intuition flow. I hardly believe it’s been ten years since then!

I also remember the first time I even paid some attention to minors, staring at the Ace of Cups which suddenly spoke a novel to me and I just decided to get started with them and read the full deck. It didn’t take me long to realize I needed to seriously study the cards and it was when I bought The Tarot Bible. As well it didn’t take me long to realize it wasn’t the greatest book but, hey, back then it did its job!

I will always have a special place for Da Vinci’s Tarot in my heart. Its Fool card, with a lovely depiction of The flight of Icarus. Now I have a more extensive understanding I realized it was one of the most brilliant depictions of The Fool I’ve had the pleasure to work with. And as its so clever depiction of The Fool indicated, this was were my journey started!

I started collecting decks soon after the beginning of my Tarot journey, but no deck was specially meaningful until, about three years later, I bought the Tarot of Jane Austen.

It can sound as a silly deck, but the truth is that to me, an Austenite, or in other words, a total British literature freak, this deck basically whispered to me. And it was when I became a really good reader and I was able to see, now with more criteria, knowledge and experience.

As a person with an exhaustive knowledge about Jane Austen’s work, I could easily related the situations pictured in the cards to common issues, specially in love related situations.

With this deck I reached a new level and it brought me a confidence boost that was crucial for my growth as a reader.

3. A weird Tarot I bought at a souvenir store in Versailles with no name.

The title is pretty much self explanatory. I made a life changing trip to Paris back in 2010 and when I visited Versailles, I found a Tarot deck in the less expected place ever, a souvenir shop. It was absurdly cheap and of course I had to get it straight away, I didn’t even look at the cards.

When I unboxed it, it was the weirdest Tarot deck ever, Minors were a poker deck, Majors where old fashioned reversible pictures. Craziness.

I told myself “You know what to do, there’s no need of understanding the deck!” And so, it was the first time I allowed my intuition take control of the situation, and it did!

Next time I felt I was being called by a deck, it was the lovely Madame Endora’s. What can I say? It is a very simple deck, yet beautifully illustrated that speaks tirelessly if you’re willing to listen!

The deck reads easily, and it is pretty clear with good and not so good news. It quickly became a must, especially when I want a straightforward answer to any issue without chance for sugar-coating.

Not long after discovering Madame Endora’s, I was gifted a copy of Shadowscapes, a deck that had been in my wishlist for years. It is a pretty common deck nowadays and I’m not surprised of its fame, since it is a perfect deck for in-depth readings. With it, I reached a new level, particularly on personal healing and spiritual topics. Since then, it is my predilect deck for spiritual work and it provides with clear and really useful answers for deep issues. It works wonders when I want to dive into the very roots of a problem and come up with solutions.

I consider this deck as a perfect deck when it is guidance what you’re looking for, and it speaks on so many different levels. A total must have! Besides, its companion book is one of the best Tarot books I’ve ever read, and its description of each card symbolism and meaning is really extensive and meaningful.

I truly believe that Tarot of Shadowscapes will make history.

This deck, smaller than a regular Tarot and based on the Marseille system, was a deck I had had for years without paying too much attention to it until I decided to spend some more time with it.

The way this deck spoke to me was what gave the the necessary boost of confidence for going pro. It’s not that its imagery was particularly detailed or meaningful, after all, it’s based on a book. The suits are confusing and the Majors are beautiful pictures that weren’t meant to be part of a Tarot deck, but what amused me was the fact that I was capable of making sense of it with my previous experience and I got to fully understand a deck that, until that time, had been only a pretty thing to stare at.

7. Under the Roses Lenormand.

I started with the Lenormand system about a year ago and it has also widened my perspective to an important extent. My first Lenormand deck was quite a regular one and I was surprised by how soon I got used to it, but with the arrival of the simple, beautiful and intuition triggering Under the Roses Lenormand my readings received a boost in quality, depth and accuracy.

I must say I feel incredibly comfortable with this deck and it feels very natural to me. Besides, the deck speaks by itself and it makes very, very easy to understand the message it has for you.

Once I got into Lenormand it was very easy to slip into other forms of European divination. I’m a huge fan of Ciro Marchetti and once I was having a look at “El Museo del Tarot” in Madrid when I asked the assistant for Marchetti’s Gilded Reverie Lenormand. He asked me whether I liked the author and then he showed me the stunning collectors edition of his astonishing Kipper deck and I just needed it.

That very day I started gathering as much information as I could about the system and it soon caught my attention. This deck has not only been a beautiful companion but it made me investigate a new method, get to learn about it and even gave me the impulse for starting this blog, so I must say it was definitely a deck that made a difference.

This may be funny, but The Housewives Tarot is one of the most brilliant decks I’ve seen so far. It is irreverent and casual, but its depictions are so clear that it is impossible to have a blank with this one.

I know this deck is not for everyone since you need to have a taste for this kind of artwork, but the way it pictures the situations and concepts associated to each card is so simple yet smart that it doesn’t stop appealing me with it’s depth and accuracy, and it has become my go to deck when it comes to conflicts or daily issues.

10. Legacy of the Divine Tarot.

I had my first contact with this deck long ago and it captivated me. The point is that, due to different circumstances I didn’t get my own copy until my last birthday – what didn’t stop me from using borrowed copies belonging to other fellow readers.

It is, up to now, one of the most complete decks I’ve used. To me it is a perfect mixture of a deck that dives deep into the spiritual realm and a deck to which you can ask about your job interview. The more I work with this deck, the more I want to. To me this deck has been the confirmation that decks are only tools, but each one of them can take something out of you and resonate one way or another. In fact, this is what this journey is all about, we should bring out what we already know between, and my decks are the perfect companions for getting the job done.

My name is Mia Alviz and I declare myself "tarobsessed". I live in Spain, from where I make a living out of my passion: Tarot. With a taste for traditional European divination and crystal healing, my aim as a professional is to provide my querents with honest, meaningful and empowering insight as well as building a legacy into the Tarot Community. View all posts by Mia Alviz

3 thoughts on “Ten decks that made a difference in my Tarot Journey.” 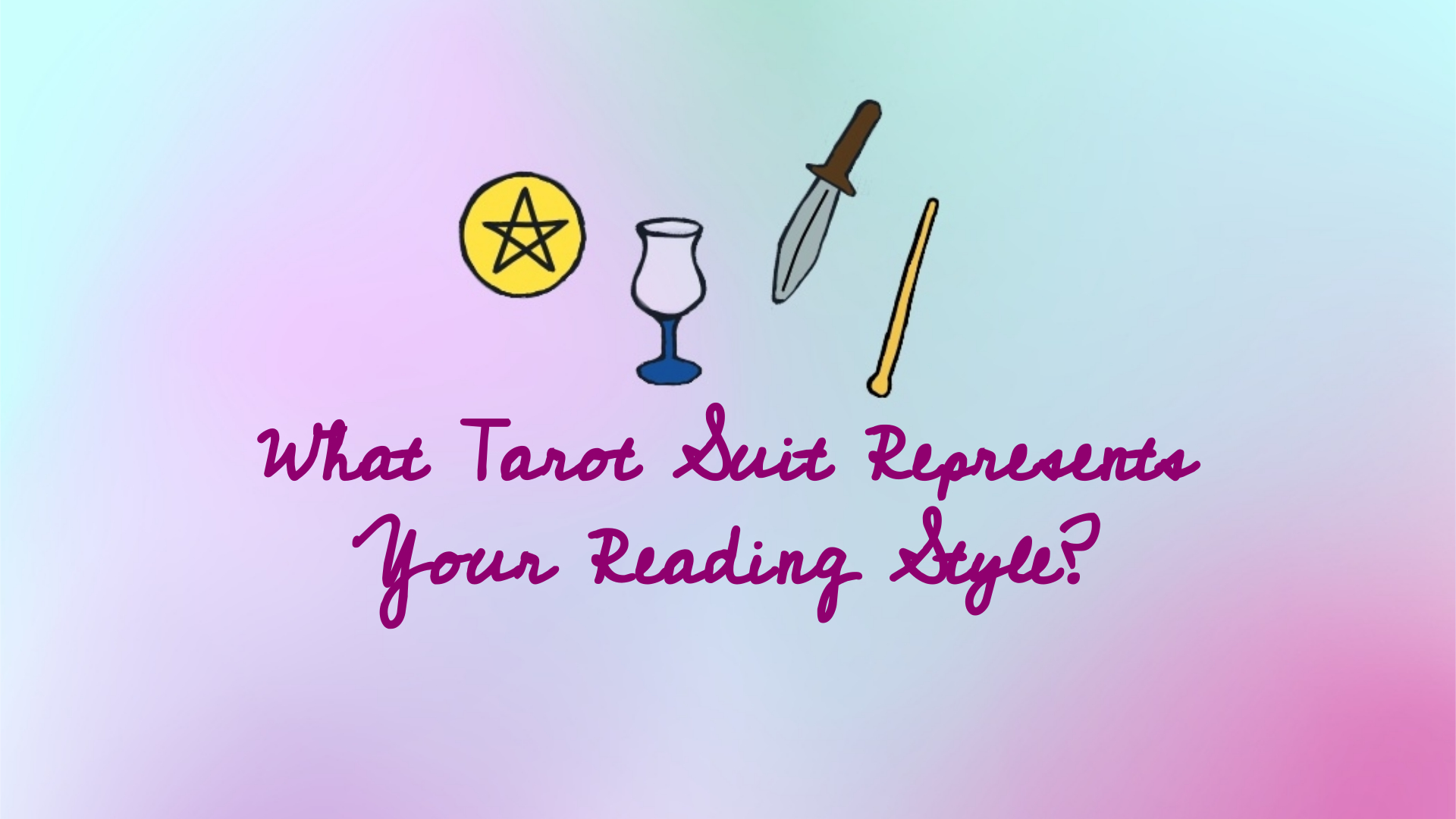 If you love my content, you may want to support it!